When Kintaro Hattori founded his company in 1881, he was just 21 years old. During his fifty years at the helm, Seiko became the leading watch company in Japan, with its own design and production facilities. This achievement was a direct result of his single-minded vision that Seiko should always be “one step ahead of the rest”. His words resonate still and continue to inspire Seiko today. In celebration of Seiko’s 140th anniversary, Kintaro’s vision is now realized in a series of four limited edition watches that, together, show the range of Seiko’s watchmaking expertise, from automatic to GPS Solar.

Capturing the scene of the blue sky piercing through clouds, the combination of the silvery-white dial with blue ties together the watches from Seiko’s four representative collections. Just as if sunlight spreads its glow throughout the sky, the new creations inspire us to move toward a brighter future. 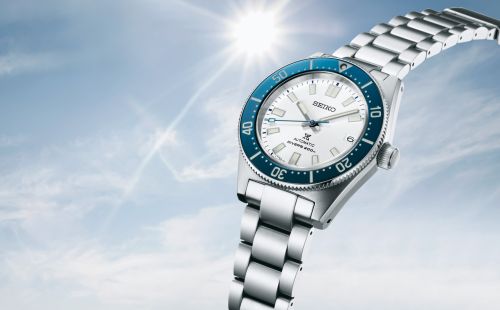 A modern re-interpretation of Seiko’s first ever diver’s watch from 1965. The wide hands and generously applied Lumibrite deliver high visibility while the screw-down crown and case-back ensure 200 meter water resistance. The watch case and back are shaped to sit easily on the wrist. 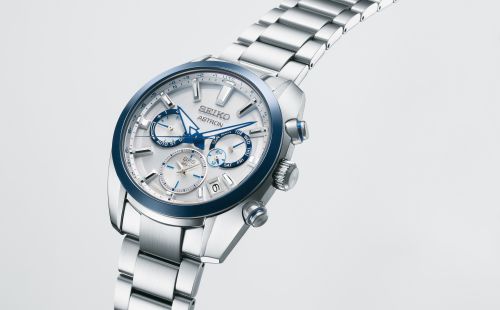 The case of this Astron GPS Solar creation has the same curved silhouette and the same wide case lugs as the Quartz Astron watch of 1969 that remains one of Seiko’s most celebrated technological achievements. The design is brought right up to date with the GPS Solar Dual-Time 5X53 Caliber that adjusts to the exact time anywhere* in the world, using just the power of light and offers several advanced features including high-speed time zone adjustment and a ‘Time Transfer’ function. The dial is a clean light silver color with blue accents, and the bezel is in blue ceramic. 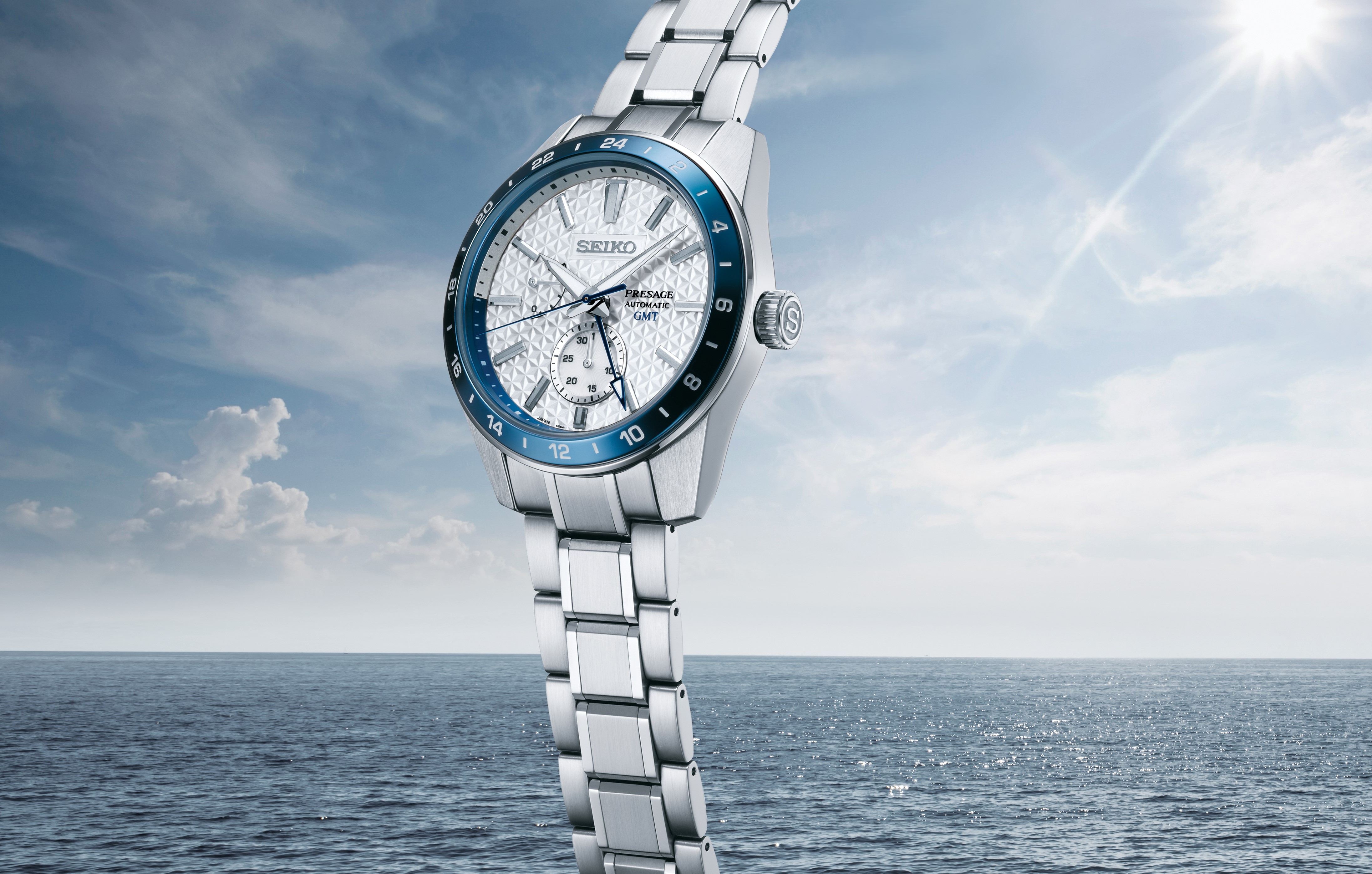 The Presage Sharp Edged Series case and bracelet incorporate flat surfaces with sharp angles that allows the watch to sparkle from every angle. The case has a super-hard coating that protects the case and bracelet from scratches but also preserves its brilliance. The dial has an Asanoha or hemp leaf pattern that has been used for a thousand years and more in Japanese fabrics and architecture. The rich texture of the dial’s geometric pattern creates an infinite variety of shades at different angles as the light moves across it. The watch is powered by the automatic GMT caliber 6R64. 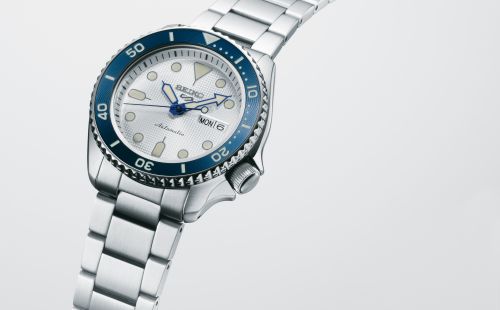 The instantly familiar case houses a dial that, for the very first time for Seiko 5 Sports, is in white. With this dazzling dial and the blue bezel and hands, the watch demands to be worn all summer long. Seiko’s trusted automatic 4R36 caliber delivers the reliability for which the series has long been celebrated.

The product was added to your cart!